Sunday June 26, 2022 - 1:00PM
(7-10) Birmingham Owls at (12-5) Louisville Lightning
Line: LSV -7
O/U: 49.5
Win Pct: LSV 67.6%
Louisville is one of 10 teams entering the weekend with playoff seeding on the line. They need a win and a Louisiana loss to Cincinnati in order to win the Central division. The Owls would love nothing more than to end the Lightning's chances at a division championship, as that’s the only thing left Birmingham has to play for this season, and it would be a great way to end their season on a high note.

Sunday June 26, 2022 - 1:00PM
(16-1) Boston Bobcats at (6-11) Washington Stars
Line: BOS -2.5
O/U: 39.5
Win Pct: BOS 54.9%
Boston beat a playoff team last week, which should be a good way to gear themselves up for the divisional round. The Bobcat starters will be in again today, but just for the first half, so we shall see how the team fares against a not so good Washington team. Good time for the backups to get some reps though.

Sunday June 26, 2022 - 1:00PM
(8-9) Chicago Maroons at (6-11) Wisconsin Stags
Line: WIS -3
O/U: 46
Win Pct: WIS 57.3%
After a great win against the Terror late in Toronto last week, the ball in in Chicago’s court. If they win (or Toronto loses), the Maroons will be North division champions. The Maroons will not want to rely on Toronto to lose, so they will be fighting to wrap up the season with a division title by going out and winning it themselves on Sunday.

Sunday June 26, 2022 - 1:00PM
(13-4) Louisiana Royals at (9-8 ) Cincinnati Knights
Line: EVEN
O/U: 44.5
Win Pct: CIN 50.7%
This is one of the biggest games of the weekend, with both teams in the game playing for something. For the Royals, a win means a Central Division championship. A loss will give the Lightning a chance to steal the division. Cincinnati is playing for a playoff spot. Win, and they’re in. With a loss, the Knights will have to depend on either Chicago or Toronto losing. Their playoff chances are pretty good, but as always, best to take matters into their own hands by winning.

Sunday June 26, 2022 - 1:00PM
(8-9) Toronto Terror at (7-10) Pennsylvania Keystones
Line: TOR -3.5
O/U: 46.5
Win Pct: TOR 59.4%
Toronto on paper has by far the most talented team in the North division, but many factors have contributed to their underperformance this season. Some injuries throughout the year did not help, but a lack of general leadership has been the main issue. With all the pressure on them, and needing a win, and some help, the Terror can make the playoffs as division champions, or as a wild card with a win, but they’d need Chicago or Cincinnati to lose. The Terror probably should never have been in this position, to need help in week 19 to make the playoffs, but here they are. With the team being healthy, if the Terror do make the playoffs, don’t be surprized if they pull off an upset.

Sunday June 26, 2022 - 4:30PM
(7-10) Albuquerque Atoms at (11-6) Arizona Eagles
Line: ARZ -1.5
O/U: 47.5
Win Pct: ARZ 52.8%
The Eagles are going to be looking at playing as either the 2 or 3 seed in the wild card round. The difference between those seeds will not be too much, and really depends on how other games shape out. Arizona will be hosting either a West division team, which will be a tough game, or division rivals Dallas. It’ll be a tough first round game for the division champs either way, so we’ll see how they want to handle this final week of the season.

Sunday June 26, 2022 - 4:30PM
(10-7) Dallas Regulators at (6-11) San Antonio Texans
Line: DAL -3.5
O/U: 40.5
Win Pct: DAL 58.5%
Dallas is another team with a win and in scenario. A win will get them the 7, or possible 6 seed (with an LA loss). With a loss, they will need some help from San Diego, who is going to play to win, as they have a chance to win their division. With the season San Antonio has had, they’d love nothing more than to send a division rival packing by pulling off an upset at home. I’d expect fans in the Alamodome to pack the house, and be as loud as they have been at any point during the season, with a final chance to see their team play.

Sunday June 26, 2022 - 4:30PM
(12-5) Las Vegas Outlaws at (11-6) Los Angeles Express
Line: LA -2.5
O/U: 44
Win Pct: LA 55.8%
This may be the biggest game of the weekend, with so much depending on the outcome. The Express are locked into a wild card spot, but they could get a better seed with a win (and a San Diego loss). The Outlaws can win the West division with a win, which is what they’re hoping for. A win would also get them the 2 seed for the playoffs. With such a congested and competitive Western Conference, a home game will mean a lot come playoff time.

Sunday June 26, 2022 - 4:30PM
(4-13) Vancouver Bears at (6-11) Seattle Sockeyes
Line: SEA -2
O/U: 44.5
Win Pct: SEA 56.0%
Seattle finally ended their losing streak last week with a shocking upset of the New York CityHawks. Vancouver also got themselves a win last week. One of these teams can enter the off season with a two game win streak, and something to feel good about going into next year.

Pennsylvania - we`re on our way

As owner of the Terror , I`ve decided to join the team for the crucial week 19 matchup in Pennsylvania. Lets get the W and a bit of help...

Just making our way through customs at a clogged Pearson airport. I have chartered a flight and hopefully the guys can get through the lineups here at the airport, get in and get a good nights rest....a light run through in the am...some team bonding activities in PA and a team dinner Sat night before the game.

Our equipment manager has both primary uni sets packed - white jerseys over plum pants and plum jerseys over white pants. Keystones lets see what ya got.

The Stags are ready to finish the season strong. We disapinted down the stretch but we can make up for it by beating our division rivals. Were going to try and knock the Maroons out of the playoffs with a final win at home.

It has been a rough season, Injuires hit and just plain bad Luck at times. (3 games lost in OT. 7 games with in a touchdown or less). We really only got blown out twice, and put the fear of god in several of the top teams in the league! So our last game is an all out effort, Heads held high (Just wondering what would have been if those really cose games and the OT games came out the other way) But that is why the games are played,

Birmingham had a fun first season. Started off badly but got things rolling, then had a bad stretch of games. We would like to end the season off on a good note with a win. We will also root for the Birmingham Stallions as they take on the New Orleans Breakers in the playoffs. Hopefully, Owl and Stallions will soon bring many championships to the city of Birmingham. #Giddyup #Weflyintothenight

Needless to say, our first season did not go well, but it was a fun first season. Hoping for some better luck next year, and looking forward to following the playoffs. 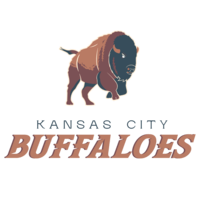 For anyone who’s interested, the Canadian Bacon Invitational over in the UWFFL forum is looking for one to two more owners (there’s a pending invite for 92Mafia since he helped design one of my teams and got me into the UWFFL) to join for the tournament this august so if you have UWFFL teams or want to create and own some more teams and are interested in joining check out the thread over in the UWFFL forum.

Link to the CBI thread