I think a few corrections for the 1966-68 Patriots' sets are in order: 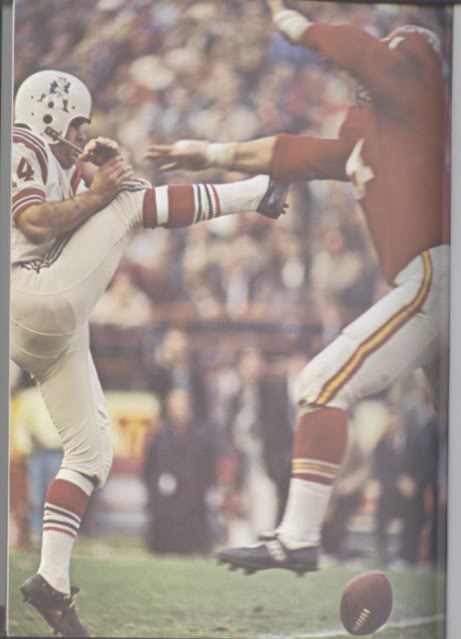 2. This pic also shows that, for this game at least, they still wore the striped red stirrups with the striped white socks.

3. The red jerseys of this period did feature the shoulder striping pattern you are currently showing (white-red-blue-red-white), but at various times (I'm assuming '67 or '68 from the socks) they also wore shoulder stripes with a blue-white-red-white-blue pattern:

Here's a pic from the 967 pre-season that shows both red jerseys: 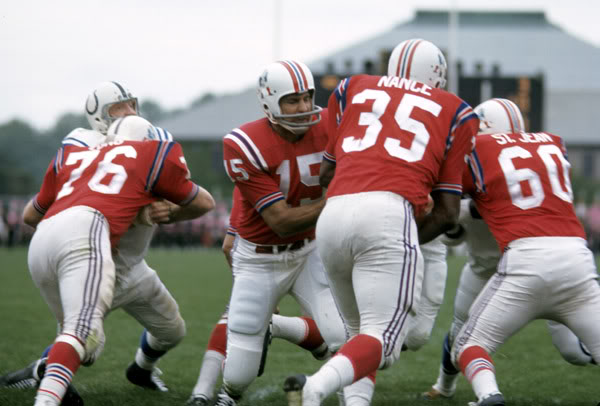 4. The neck stripes I believe were just red-white-blue pattern for both the red jerseys and the whites: 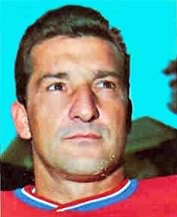 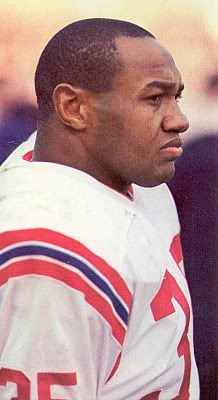 Again, thanks for the great site and for allowing our contributions!