When the Cowboys decided to switch uniforms in 1964, they cut it pretty close for the debut of the new uni's. During the preseason, they wore the old 1960-63 jerseys, etc., and received the jerseys, helmets and stockings about 10 days before the first regular season game. Tex Schramm was probably sweating regarding the pants, since they didn't arrive until the day before the first game.

During the early stages of the design process for a new Cowboy uniform, one of the early favorites for a helmet logo was one that had a silhouette of a cowboy boot and spur. Tex Schramm actually made this quote in January 1964: "We want an emblem on our helmets which some guy in Minneapolis will quickly identify with the Dallas Cowboys. We believe the boot and spur will do this, but the star didn't. Evidently, most people around the country didn't associate the star with Texas, the Lone Star State."

The Cowboys' original uniforms were criticized as amateurish, but Tom Landry said, "I always thought our uniforms looked pretty good. I'm a lot more concerned about the players we put in those uniforms. I've never seen a good-looking uniform win a game." Schramm also noted that fans probably wouldn't be raising a stink about the uniforms if the team was winning 10-11 games per year. He added, "You have to take a chance when you try something different. Those crazy striped socks which the Denver team first wore in the AFL were terrible, but at least they were trying to be different. Now our problem is to come out in something different without looking high schoolish."

Interesting. Where did you get that info from?

good thing they stuck with the star 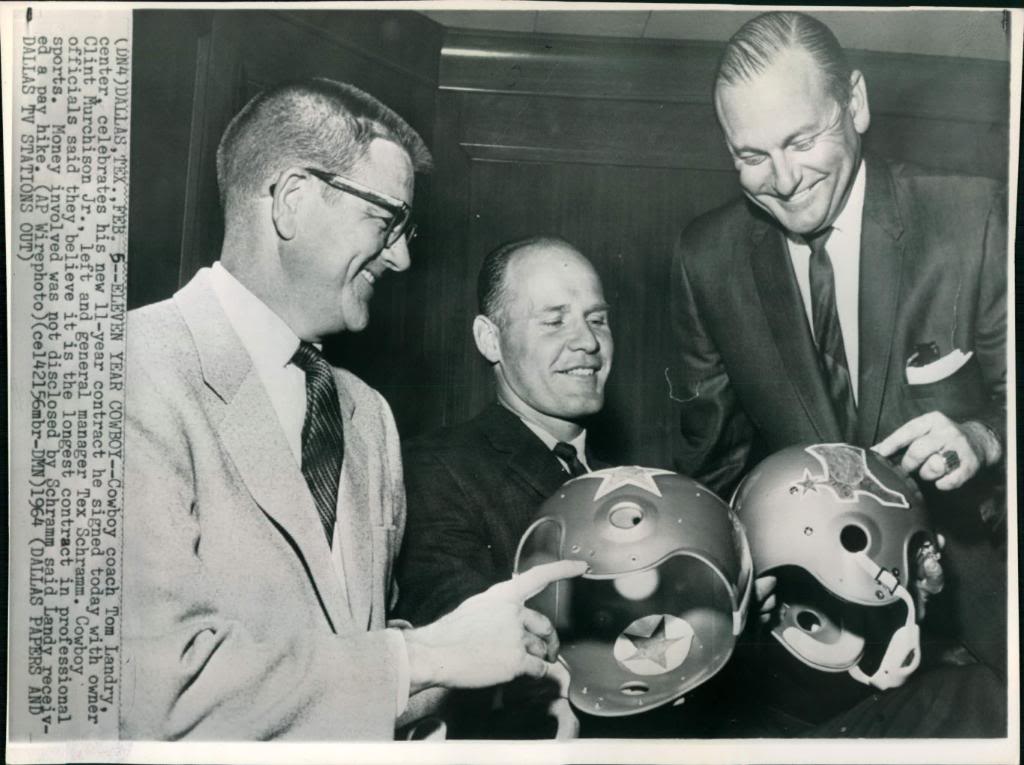