On the first Sunday without football I re-watched Super Bowl XXI. One of the memories that came back to me after watching Rich Karlis set the Super Bowl record with a 48-yard field goal was, what happened to barefoot kickers?

I've compiled ones here from memory. Feel free to add others. I had thought I'd remembered Ray Wersching as barefoot, but all the photos I found of him he had two cleats. 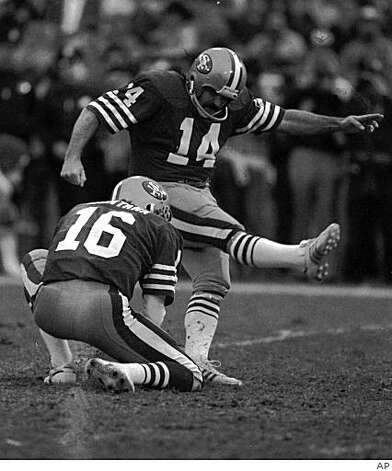 It almost seems like the barefoot kicker was something of a 1980s fad in the NFL. Don't know why this didn't last longer.