LOVE the site, had never seen it before!

This is my first post and I want to say that I have seen material on here that I have never seen anywhere else, and I'm astounded at the different sources some of you have for finding old photos from the NFL.

I have some limited material I may be able to post at a later date that can document areas you all delve into, but I posted to make a request... my area of concentration is in finding rare and-or milestone uniform matchups and I have been totally shutout of any photographic documentation for 2 games in 1970... the Dolphins first ever victory over Oakland (also the only time the Raiders wore the silver numbers against Miami), and their first win over the Jets at home (the first of only 2 wins they had over the Namath/SB III uniforms). Alternatively, the Dolphins had a 1974 MNF win against Namath at home that I lack any thing on.

Does anyone have, know where, or know how to point me in the direction of, any photographic documentation for these matchups? I have obviously been looking for 40 years or so for these...

I've also attached the articles from the Oakland Tribune. Sometimes fun to see what the opponent's coverage writes about the game - especially when your team wins! 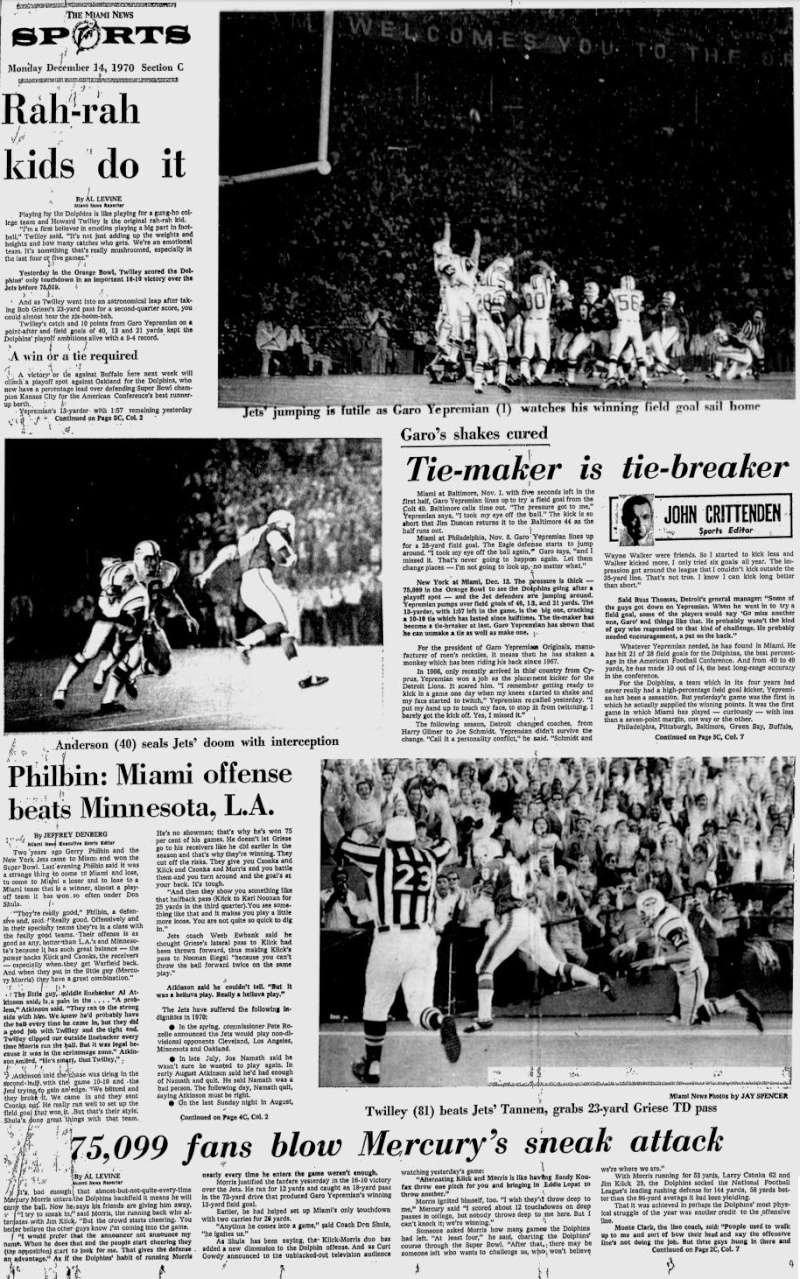 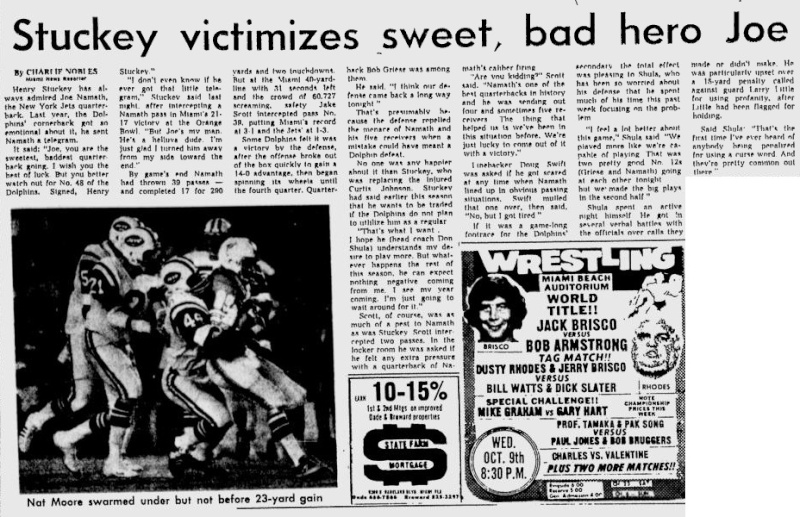 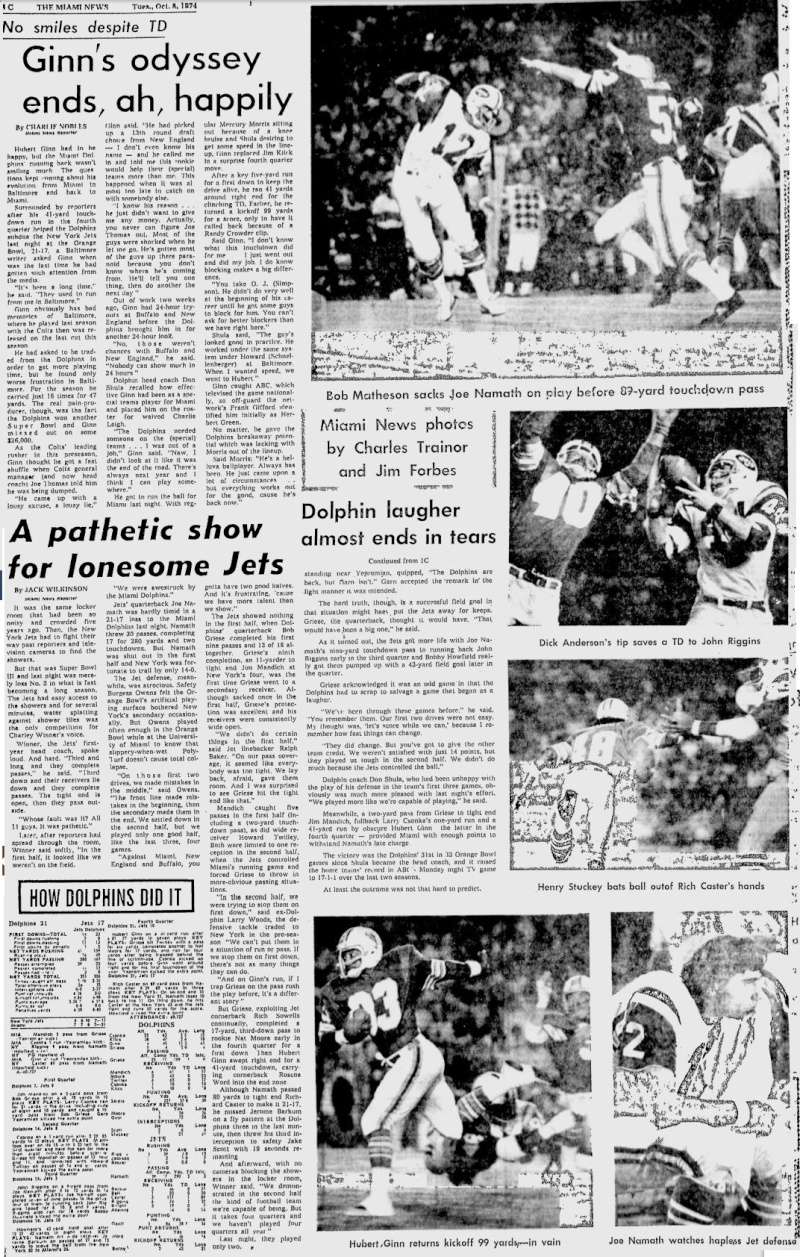 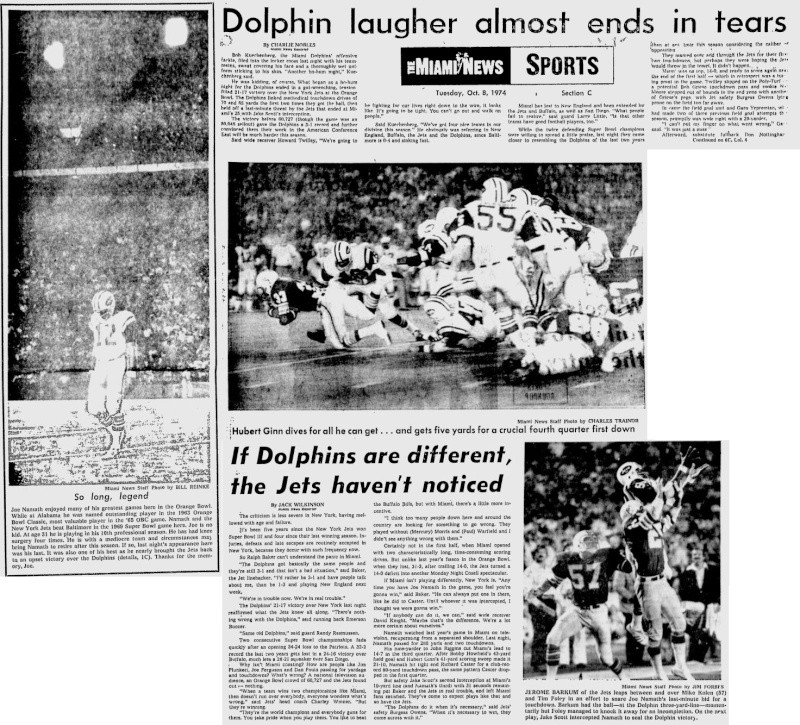 Thanks so much for these! I assume they came from the Newspapers.com archive.

If you have other links to search sites, they would be a big help too. My Dolphins haul has increased more over the 4th of July weekend than at any time the last few years. Glad I found this site!

Much has been from newspaperarchives but almost as much has come from Google News which has some links to FLA papers that have varying degrees of coverage.

With these, enter in the date that you want into the email after you paste these addresses into your address bar using YYYYMMDD in the appropriate position. For some papers, the Sunday version is not included so for Saturday preseason games, we've had to look up the Monday edition of the paper.

Gainesville Sun (more so for the Bucs)
https://news.google.com/newspapers?nid=dBzKUGQurMsC&hl=en

Been looking for 40+ years for this image: 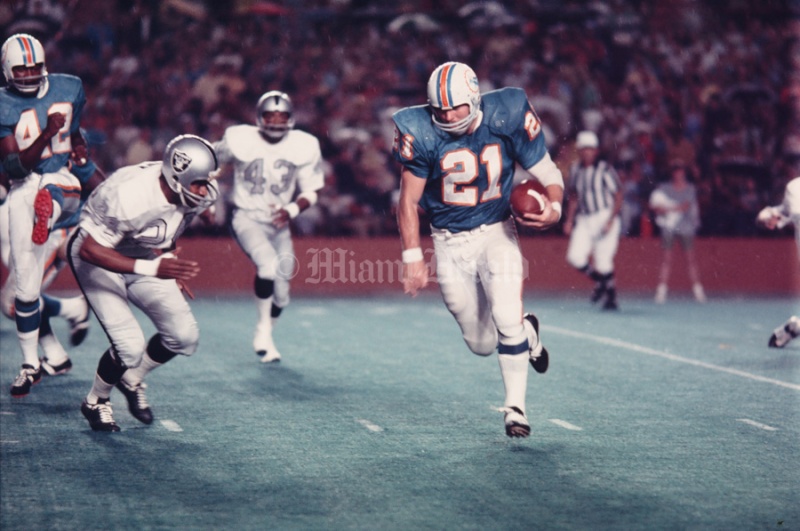 The Dolphins 50th anniversary is proving to be a gold mine for photos all over the Net!