With the NFL's new Thursday Night initiative to allow both teams to wear color jerseys (assuming there is enough contrast), will the Redskins opt to wear burgundy jerseys against the Giants in blue this Thursday?
It hasn't happened between the two teams since November 22, 1953, at the Polo Grounds in New York. 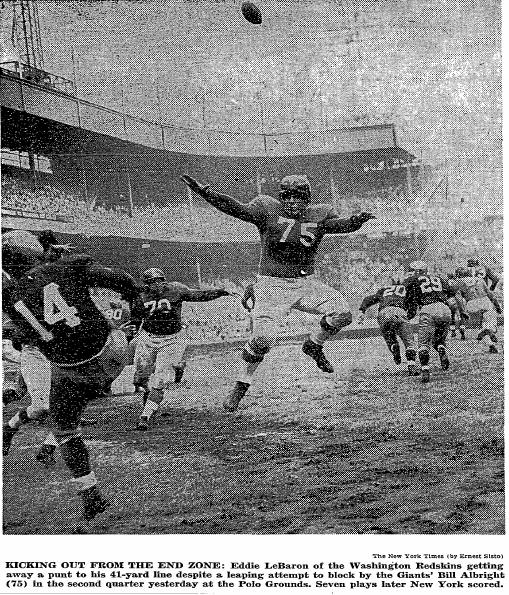 Starting in 1954, both teams permanently began carrying white jerseys to wear in addition to their normal colored jerseys.

Here's another photo from the same game. 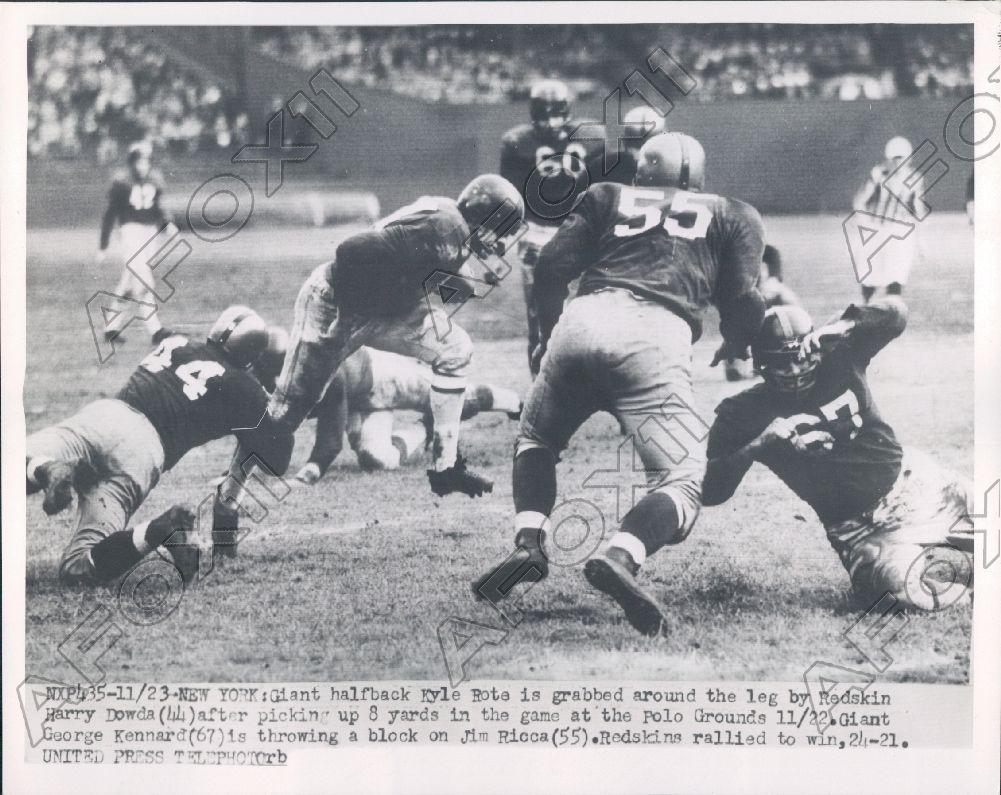