If a team wears the previous season's unis in pre-season but debuts a new or modified uni in Game 1 of the regular season, is that reflected in the database graphics? For example, Dallas in 1982 wore the old unis in pre-season and the shiny pants/numbers on the hips/no serif fonts in the reg season.

Yes. We try to show that in each case.
For example, check out the 1978 Jets.
http://www.gridiron-uniforms.com/GUD/images/1978_NYJets.png
They wore the 1977 uniforms but the new green helmets for the 1978 Preseason.
They didn't debut the new uniforms until Week 1.
We've tried to catch as many instances of this as possible.
Do you have a photo that would show this?
None of our 1982 Preseason Dallas photos show that...
8/14/82 BUF @ DAL 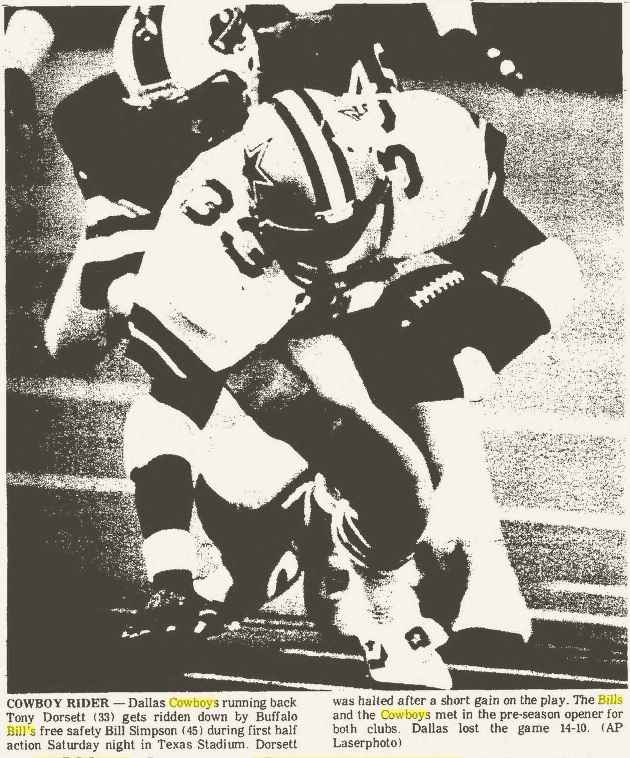 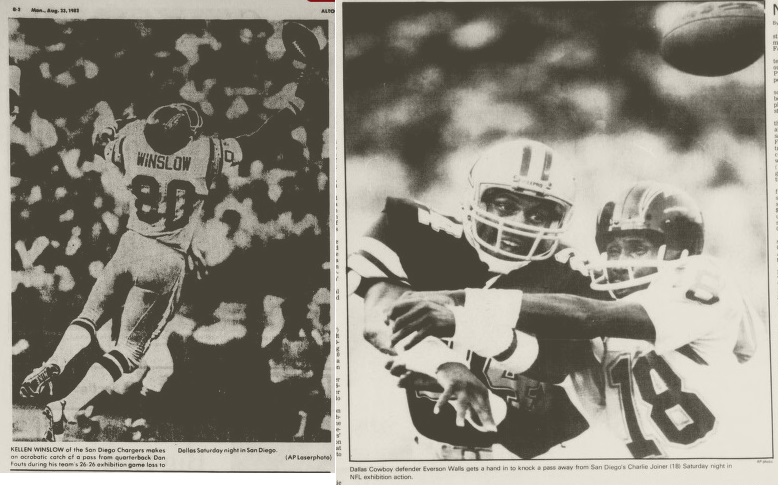 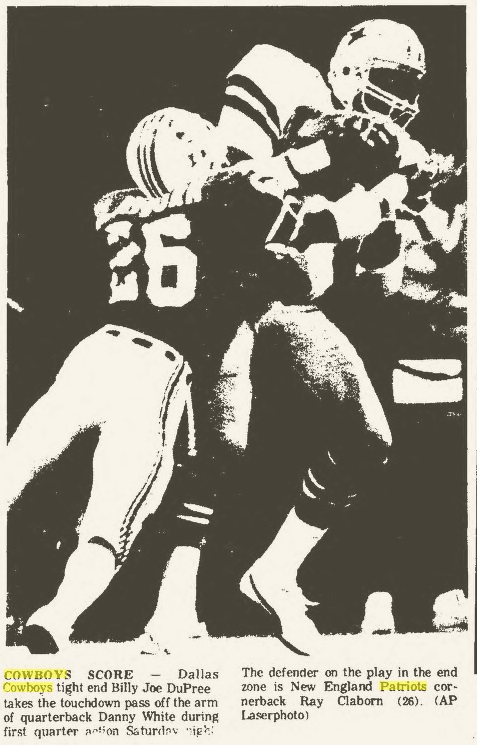 The 8/21 game against the Chargers shows Dennis Thurman with a number on his hip: 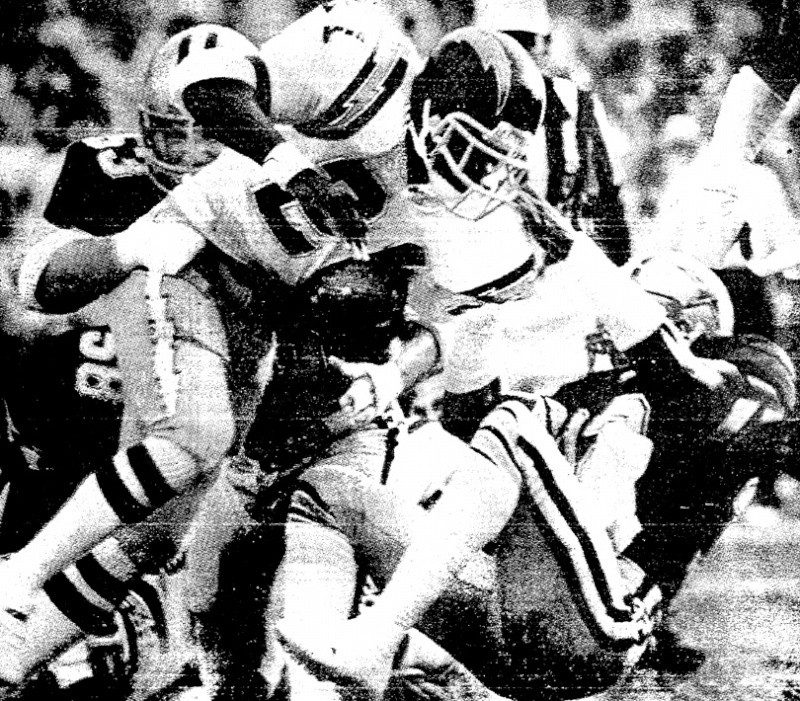 I was referring to the home white unis only. The blue jerseys changed the previous season. 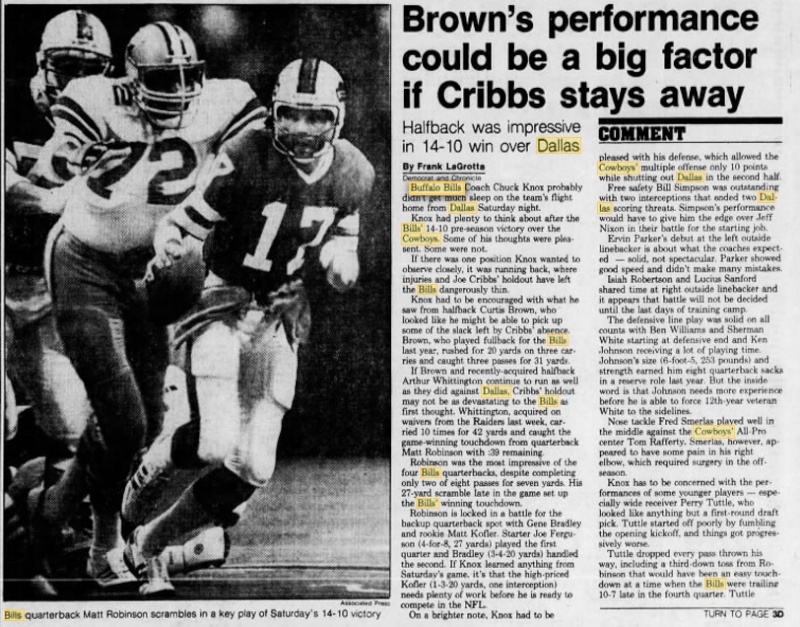 Yes. I have a better photo from that game featuring Dorsett, but I can't seem to find it.

By serif, I was referring to the numbers on the jerseys. They went from thick serif numbers in 1981 to skinny numbers (and stenciled names on the back) when Russell Athletic took over in '82.

And I meant the letters on the nameplate.
Working cross-purposes here.