After the release of the official statement, the owners of the Diesel have already scheduled visits to the following stadiums:

According to rumors, Portland and Minneapolis are the favorite cities to host the franchise, New York also interested the owners, but the competitive market in the city and the lack of a  Average size (30.000 up to 50.000) dedicated Football stadium in the city may drive Diesel out of NYC as the team faced the same problems in Dallas.

Conversations with Boston and Vancouver are still cold, but this could change with the visits to stadiums.

Charlotte was discarded due to Commanders intention to move to Carolina. Alabama cities have not proved interesting to Diesel owners and Chicago has yet to send a formal proposal to the diesel front office and it should probably lag behind cities that have already started to talk.

I think New York would love to have a team in the league, It has a great population all around 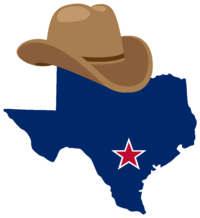 Being a Minnesota native I'm very biased towards the idea of a team at TCF.