One of our contributors, Leo Strawn, Jr., sent in this photo... 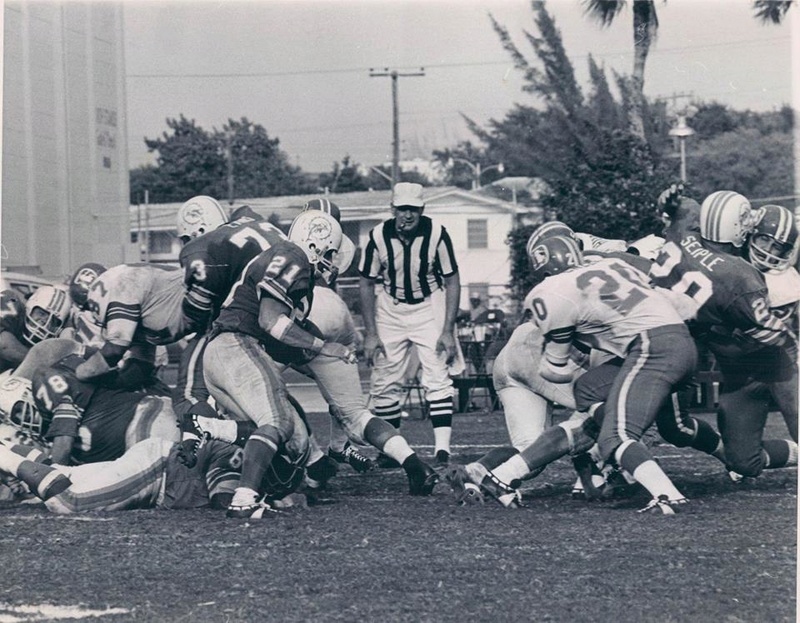 Other identifiable Denver number is behind Greer. The first number is “5” and his name starts with “H”. The only Bronco that could be from those years is #57 John Huard (1967-69).

And it's not a preseason game that I can find any info on. The Dolphins and Broncos played preseason 1966 at the Liberty Bowl and 1967 at the Rubber Bowl in Akron and didn't play each other in preseason again until 1981.

My first thought is that I wouldn't want to scrimmage a team I was going to play this week for fear of 'showing too much.'
Maybe they scrimmaged AFTER the game on Monday, Tuesday, or Wednesday if Denver was snowed-in or something before their last game of the season - at home against Cincinnati.
If I was Denver, I'd rather practice in Miami for a few days in December rather hurrying back to Colorado to practice.
It's not like Denver was a playoff team, and frankly, in 1969, neither were the Dolphins.

I answered this elsewhere, but believe it or not, this is the Orange Bowl...the 1969 game. The open end of the stadium, particularly pre-1970, allowed for unusual views into the street when viewed from certain angles. When you see a wide enough view of the Orange Bowl, even in it's latter days, you'll see how this was possible. 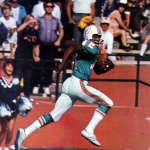 I think the problem is the depth perception.
It makes it look like that white house is right behind the stadium rather than another whole football field away. 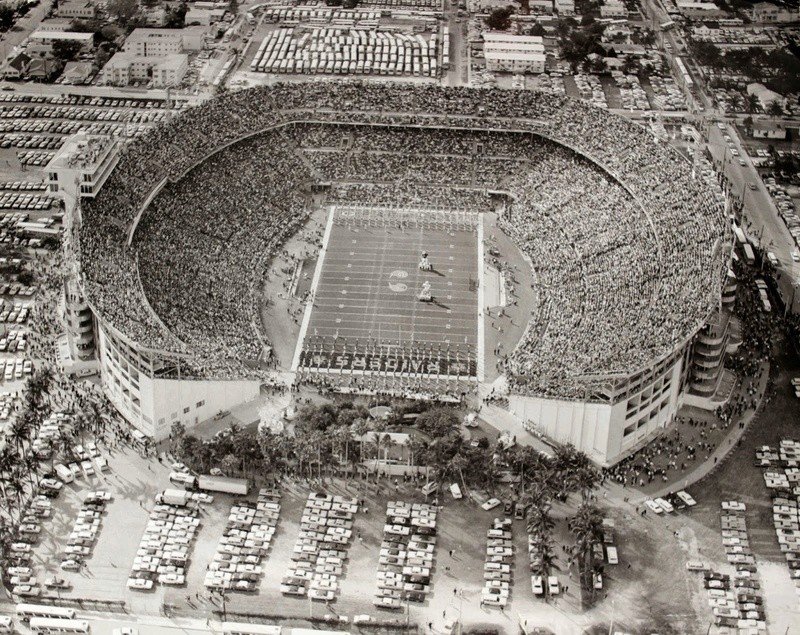 Another view of the Orange Bowl that'll help you understand the original pic...