okay guys, here's your chance to help Bill, Tim & I out with some research... Trying to track down if the Oakland Raiders had a helmetless logo logoless helmet in the July 29, 1979 Pro Football Hall of Fame Game in Canton, OH. We've seen two pictures showing that Jack Tatum didn't have a logo. It almost looks like the Cowboy in this picture doesn't have a logo either, so maybe it's just some bad photography, like the football cards (but that kind of photo manipulation wouldn't happen in a newspaper photo the next day, would it?) 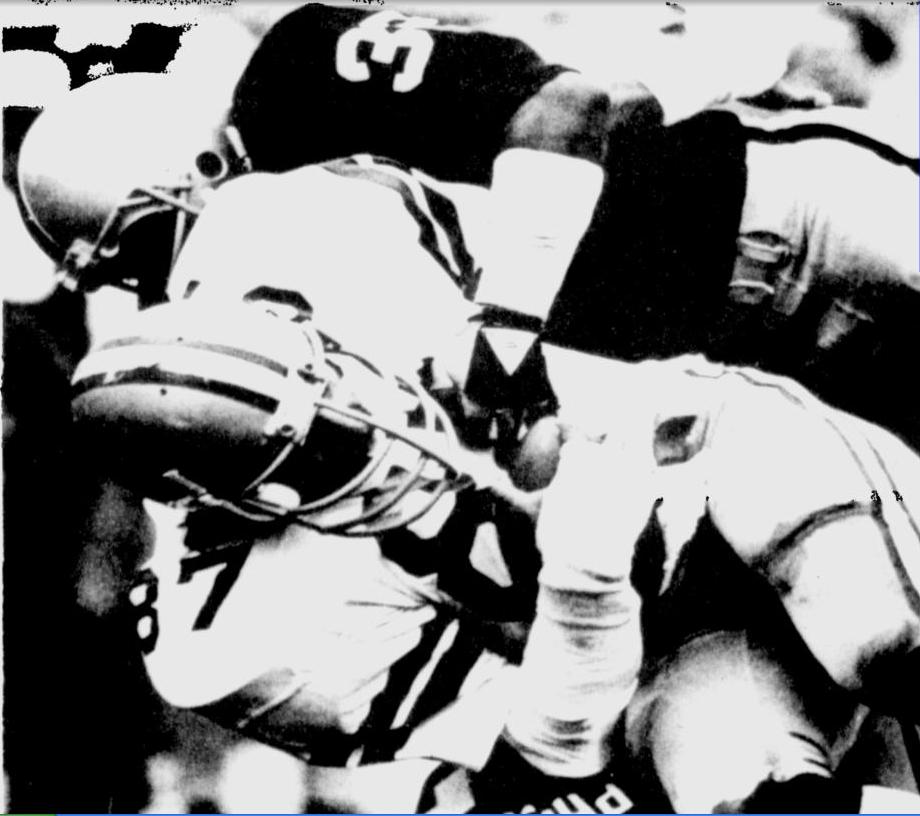 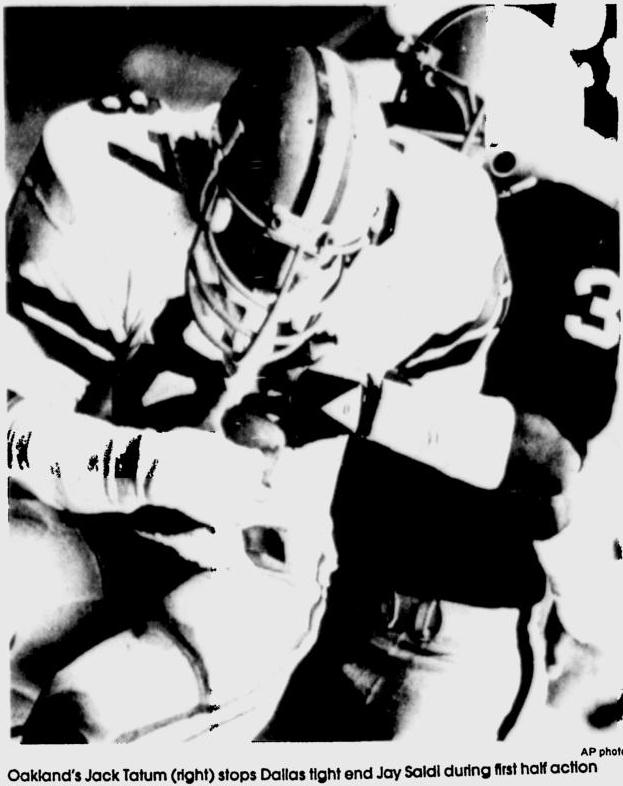 And two more that are inconclusive: (but the guy in the far left of the Dorsett photo might not have a logo) 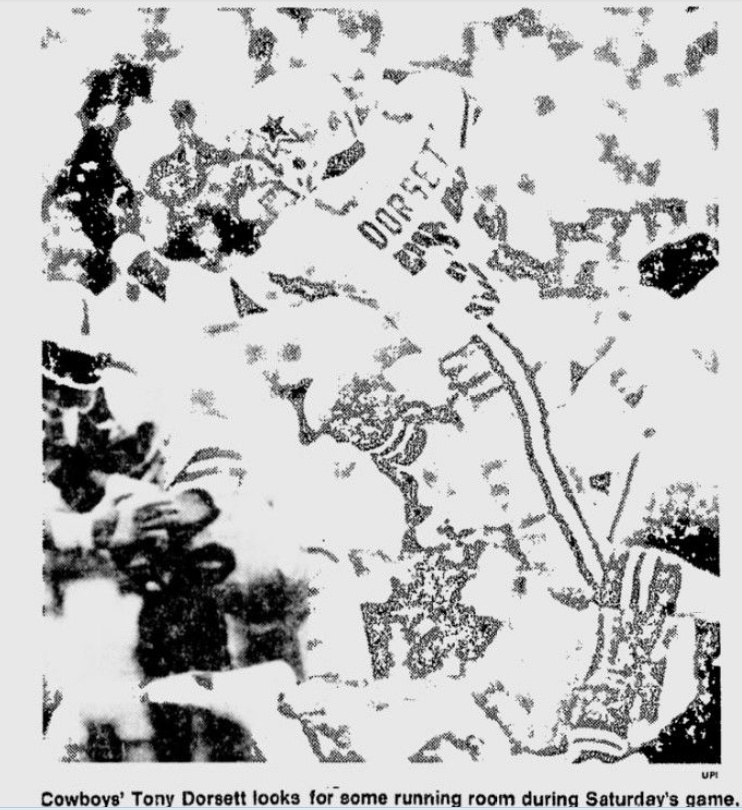 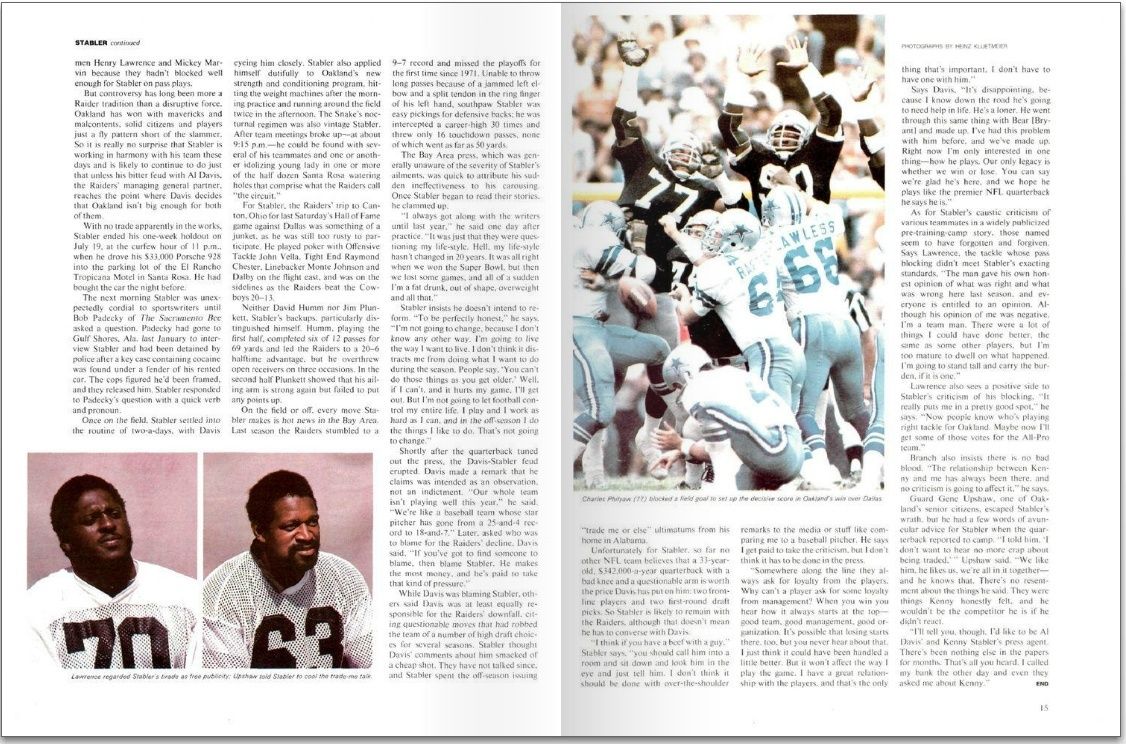 So we've pretty much exhausted the online Google Newspaper image search on this one. We know that in the next preseason game against the Rams they did have the logo on the helmet... 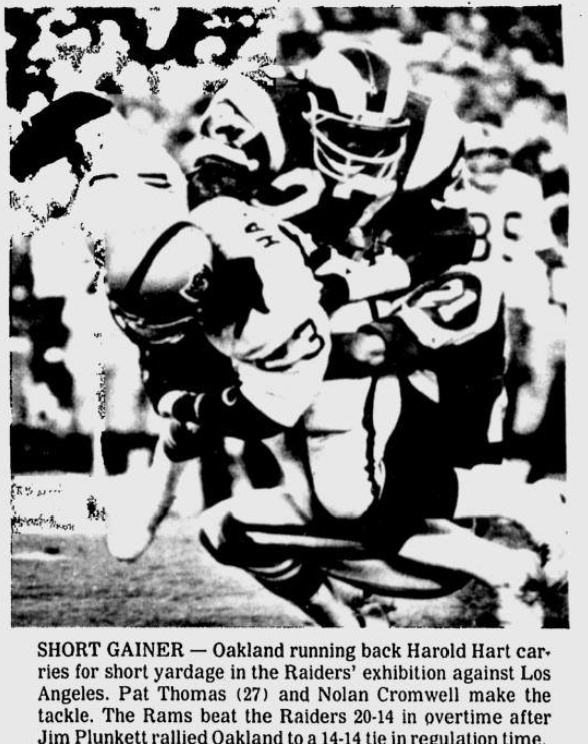 ..but we need to know whether it was just Tatum's logo that "fell off" and only he didn't have one, or if the whole team went without the logo. Being the first game of the preseason it is certainly possible, but we'd like to see proof either way... Maybe somebody has a recording of this game and can make a screen grab...

Nice... I knew you guys would come through

You guys beat me to it.
I found 2 better versions of the Dorsett photo and the second one clearly showed the Raiders helmet logo. 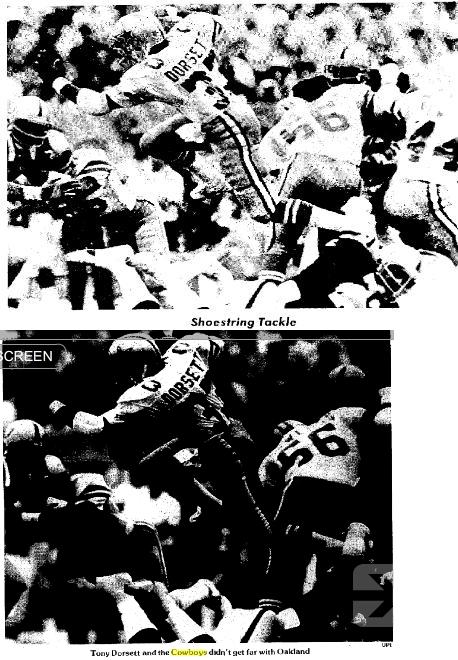