I just got done reading the fantastic writeup on Uni Watch for the USFL uniform database. I was (and remain) a huge fan of the USFL and love the USFLUD.

I think there may be something missing, though. I think the NJ Generals' original helmet decals were metallic gold in color, and later changed to a non-metallic "sunflower" yellow, with a starker white border, either later in 1983 or for 1984. I also think the original logos had more of an oblate shape than the later ones.

Compare this photo of Herschel Walker in 1983: 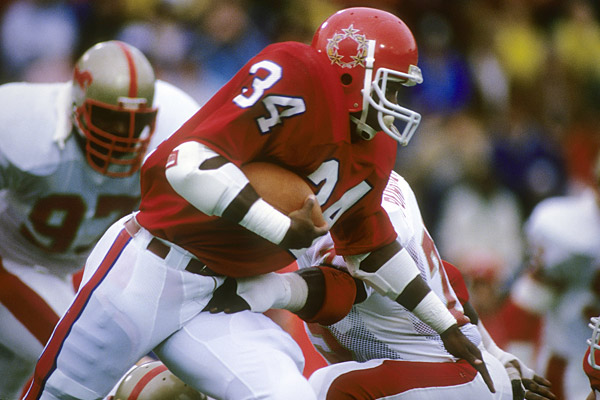 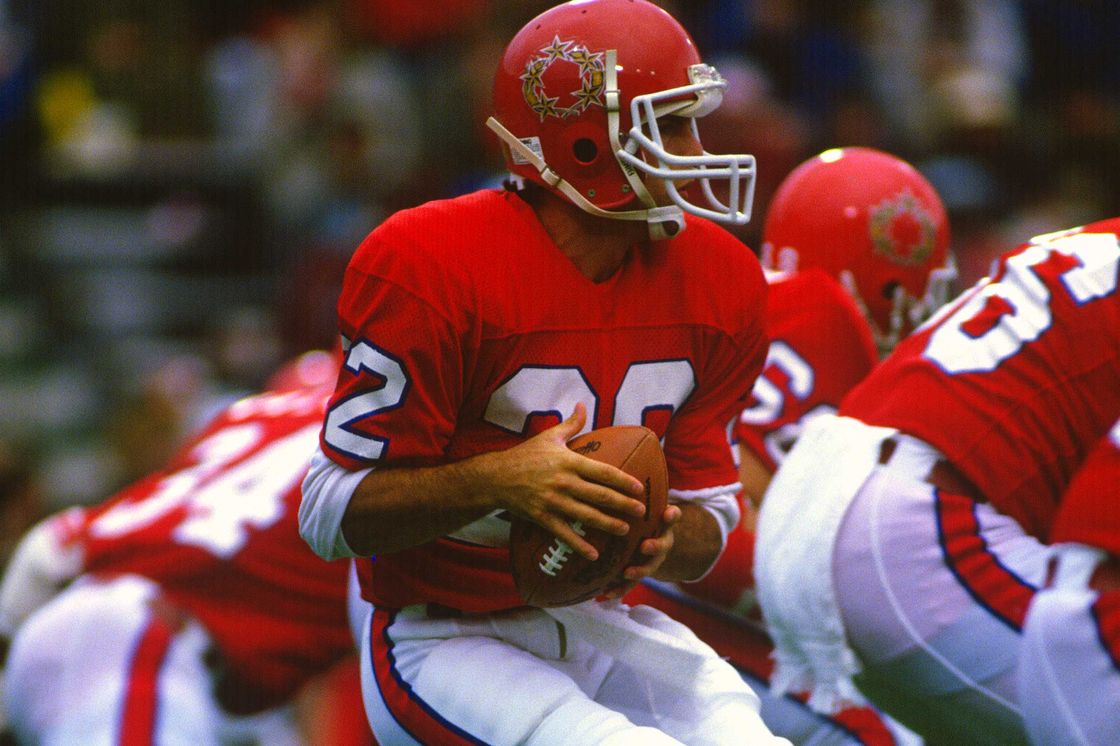 The difference may be too subtle to notice, and I may be misremembering. But something tells me I have more visual evidence of this that I'd have to scan.

Either way it's an awesome logo, and this is an awesome site. Thanks for all the great work.