The last thread gave me an idea. Just in case we are ever able to go in that particular direction, it would be nice if we could assemble a catalog of the different helmet decals worn. Even things like the NFL Shield, Super Bowl logos, memorials, anniversaries, whatever.

What we'd need is a digital image of the decal, the year (or games) that it was worn, as well as a photo showing that it was actually worn and where its location on the helmet was. The more obscure, the better.

BTW, I've tried to locate it on the threads but can't. Didn't someone post a thread about Browns helmet decals (there's an oxymoron!) as memorials or something? Just can't locate it. Anyone got a better memory than me? I'm thinking it wasn't its own thread but a post that someone threw into a related thread.

(Note: Found photos of them several posts down. - Bill)

"Just a suggestion to inlcude these for the respective seasons, as I see the Gene Upshaw decal is included for all teams for week 1 of the 2008 season, it would only be appropriate to also show that the team honored Bill Walsh with a black "BW" decal for the 2007 season and two black "34" and "35" football decals for Joe "the Jet" Perry and John Henry Johnson for the 2011 season:"

"Certainly nothing resembling a complete list and doesn't include those already posted:

12/92: New York Jets--"a decal with Dennis Byrd's number 90 overlaying an ichthus, the outline of a fish that is an ancient symbol of Christianity, was affixed to every Jet helmet." This started with the 12/6 game and lasted for the final four weeks.

11/98: New York Jets--a black football with the name "Weeb" in white letters in memory of former coach Weeb Ewbank. Lasted for the final five weeks and two playoff games, starting with the 11/29 game. It was supposed to start with the 11/22 game, but the box of decals was misplaced/lost at the Tennessee hotel where the team was staying.

8/00: Kansas City Chiefs--"58" in memory of former player Derrick Thomas, who died during the offseason.

12/03: Cleveland Browns--will wear black-and-white decals with (Otto) Graham's retired No. 14 on the back left side of their helmet for their final two games this season."

9/04: All teams wear "40" decal during the second week in memory of Pat Tillman; Arizona wore it all season.

8/07: San Francisco 49ers--"BW" in memory of former coach and HOFer Bill Walsh. Wore all year, including all four preseason games.

8/07: New England Patriots--"91" in memory of Marquise Hill, who died during the offseason.

12/07: Cleveland Browns--"BW" in memory of former player and HOFer Bill Willis. Wore for the last five games of the season.

10/09(and 10/10): All teams wore (among other things) pink Breast Cancer awareness logos during their October games.

12/09: Cincinnati Bengals--"15" in memory of Chris Henry. Wore for the final three weeks and one playoff game.

***********
Other items:
*In week two of the 2002 season, ONLY the Ravens were allowed to pay tribute to Johny Unitas (who never actually played with them), but none of their tributes involved a memorial sticker (I think). Other teams could have a moment of silence.

*In 2003, the Cowboys supposedly were going to have a helmet decal in the shape of a star with "TEX" in the middle, in memory of former GM Tex Schramm, who had died in the offseason."

Can we find photos of design and placement?
Bill
[strike]

McNair passed on July 4th. The decal was worn all season.

Bill Willis's decal was worn for the last 5 games of the regular season.

* Notice how much larger Sean Taylor's 21 is in comparison to the BW.

In researching this one, I came across this blurry photo of Champ Bailey at the 2007 Pro Bowl. Darrent Williams passed away in January 2007 just a few days after the Broncos concluded the last game of their season. They did not make the playoffs.

It appears John Lynch is wearing a Darrent Williams decal also - but much clearer.
After looking some more I found this shot of John Lynch and what looks like the Williams patch with 27 also in Broncos font.

Al passed October 8 and the patch was worn for the rest of the season after that.

Wearing "#51" in honor of Sam Mills. Sam passed in April 2005 and the team wore the decal that season.

However, the decal posted on the internet (below) does not match the small # sign or the block font of the numbers.

I was able to come up with this with the thin blue outline and a thin white outline around that just like the logo at the time.

The 2003 Browns sticker for Otto Graham:

The first one I remember seeing, probably b/c the Dolphins were on so much that year.
Overstreet passed in June. The decal was worn all season.

Gordon passed in July. The decal was worn all season.

Last 2 games of the season

***UPDATE***
http://cledawgshome.com/Browns/browns15.htm
This site list a 'Game worn' Browns helmet from DT John Nix.
Part of the helmet's allure is the Otto Graham decal. Notice the curved upper serif on the 1!

As stated by BD Sullivan, the decals were to have been worn 11/22 @Tennessee but were not. They made their first appearance 11/29 vs. Carolina.

91 on a black dot in white Patriots number font.

Coach Stram passed during the summer and the decal was worn all season.

In 2004 the Giants wore a black, football shaped 79 decal for Rosie Brown. 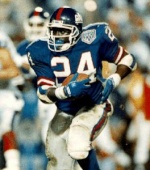 DT passed in February 2000 from injuries resulting from a car crash days earlier. The Chiefs wore the decal for the entire season.

White "40" on black dot surrounded by ring of 50 white stars.

TH passed after the Preseason game (8/20) vs. Denver. The 49ers wore the decal for the last 2 Preseason games and the rest of the season.