As you may know, the GSL has a partner simulation league, the UWFLL, which is currently looking for new owners. For those who don't know, the UWFLL is a group of simulation leagues with a promotion and relegation system. At the top rung there is the Premier League on par with the GSL in terms of team skill, and below that are the four Division II leagues (Eastern Association, Metro South Conference, Central League, and Pacific Coast Conference) along with the Continental League.

The promotion/relegation system works by having the bottom three Premier League teams by record relegated to Division II, while three D-II teams are promoted to the Premier League: the winner of the Division II National Championship (A tournament consisting of the top 4 teams from each D-II League), the winner of the Promotion Bowl (Loser of D-II Natty vs. Winner of D-II 3rd Place Game), and the winner of the Continental League winner. Any Division II team that finishes below .500 is at risk to be "let go" from organized leagues for the next season and must either reapply for one of the open league spots, become an "independent team" playing other unaffiliated teams, or will be folded. The Continental League, meanwhile, is a consists entirely of teams that have won a UWFLL Championship some time in their history, or were playing when the UWFLL was founded. These special teams are called "Charter Teams" and cannot be folded or go independent (barring special circumstance). For Division II, there is a limit of one owner per league while the Premier, Continental, and Independent teams have no such limits.

But why are we talking about this?
Well we're looking for more active owners to fill out the rest of the Division II slots, and what better place to look for active owners than the GSL! On each of the leagues that need teams I've put a post on its corresponding forum explaining which teams are available to claim, which teams are already in the pool, and how many teams at minimum are needed to apply. Every owner can apply one expansion team per eligible league, or claim any available existing team. We will take as many applications as there are (as in we will take more applications than there are open slots), and choose the best ones out of the available to enter into the slots, so bring your best design skills! We will also try to make sure every owner that applies gets at least one team.

We hope to see many of the skilled and active owners here bring their best for the UWFLL! Reply here or talk to Rob and me if you have any questions. Thank you and happy designing! 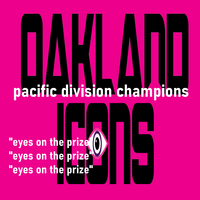 Hey, I’m the new owner of the St Louis Brewers and I was wondering if there are any current UWFFL teams still available to claim?

CanadianBacon43 wrote:Hey, I’m the new owner of the St Louis Brewers and I was wondering if there are any current UWFFL teams still available to claim?

There are a quite few left to claim! Also there's open slots for new teams, though we can help you if team designing is not your thing. Just look at my most recent message under each league to see who's open to claim/expand.